The liberation of Eijsden-Margraten in September 1944 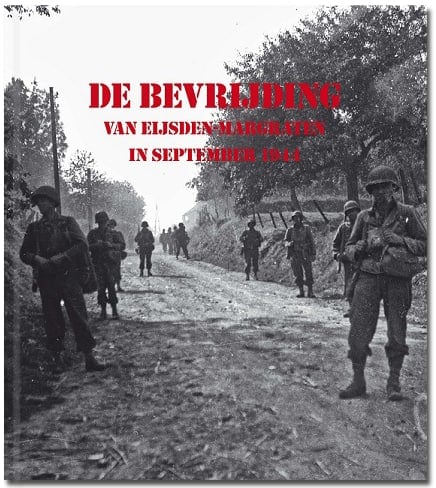 In September 2014, a year before this publication, in the town of Eijsden-Margraten there was a liberation exhibition organized mainly based on photographs. The municipality now had asked the local history societies to produce a publication as a sequel to the exhibition in 2015 on the liberation of Eijsden-Margraten (12-14 September 1944). The creators of this publication (Frans Roebroeks, Jo Purnot, Sjef Kusters and Henk Boersma) felt they had to give in contrast to the photo exhibition of 2014 much more attention to the German part of their liberation.

So I was approached in April 2015 by Mr Jo Purnot, secretary of the cooperating local history associations of the town of Eijsden-Margraten and deputy secretary and member of the Foundation Adoption Graves American Cemetery Margraten, asking if I could lend my assistance through historical research including a former mass grave in Breust-Eijsden where 37 German soldiers were buried.

The application was obviously answered positively and almost immediately I started my honorary research into the German war dead from Eijsden-Margraten. I am therefore proud to cooperate in the realization of this great publication.

The book “The liberation of Eijsden-Margraten in September 1944” consists of 244 pages is written very accessible. Through so-called framework legislation, which is separate from the main texts can be read, this book is also for anyone who is not accustomed to military jargon to understand, as they are very clearly explained in this framework texts. In addition to the military events of both camps and the memories of the inhabitants of the municipality Eijsden-Margraten you wil also find unique photographs.

The cooperating local history societies, the Eijsden-Margaten municipality but most of all its people can be proud of this great publishing in words and pictures!