The death of Karl Baumgartner

An attempt at reconstruction | by Dr Kees Vernooij

1. Prior to
Following the murder of Mike Goedhart on 26 March 2020 in Cothen, the Dutch Atlas of Murders stated the following:

“It was the first murder in Cothes since the war. During the war, the resistance did liquidate 22-year-old SS Unterscharführer Karl Baumgärtner there.”

Almost nothing is known in Cothen about the death of Baumgartner. When in 1995 I wrote a booklet about Cothen in the Second World War at the request of the then municipality of Cothen, I found nothing in the archives of the municipality about a killed German soldier at the end of the war. The people I spoke to then said nothing about it either.

The so-called Atlas of Murders, but also a conversation in 2019 with the very elderly Siem Vernooij were the reason to do research to find out more about Baumgartner’s death. Because of the almost complete absence of written information, the question arose as well: was Baumgartner’s death perhaps also one of the taboos that still exist in Cothen about certain matters from the Second World War? Taboos include subjects such as:

The taboos also mean that people do not want to talk about them.. 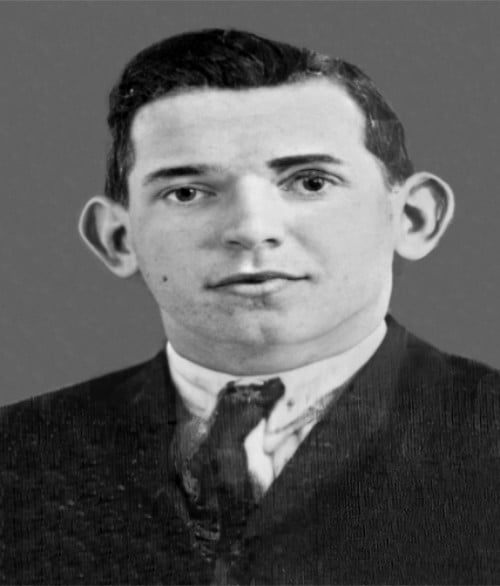 Karl Baumgartner was born on 10-02-1922 in Liefering, a district of the Austrian city of Salzburg. The then 23-year-old held the rank of SS-Rottenführer (corporal) in the 1./ SS-Gebirgs-Nachrichtenabteilung 6 of the 6. SS-Gebirgsdivision “Nord”, decorated on 30-01-1944 with the Kriegsverdienstkreuz 2. Klasse mit Schwerten (also called KVK2, Cross for War Merit 2nd Class with Swords).

According to Siem Vernooij (2019), his brother Gert Vernooij jr. had picked up a German soldier and brought him home on the flat wagon. The German SS soldier was alone. He had probably deserted and had psychological problems. The house is the Dom farm on Groenewoudseweg. That night, the soldier slept in Vernooij’s living room, because all rooms on the farm were occupied by evacuees. The next day the soldier went on foot to the Stefanushoeve of Jan van Dijk (now Graaf van Lijnden van Sandenburgweg 6). Van Dijk was picked up by two people of the Cothen resistance. He would not give them his weapon. He was probably taken to a barn next to Jan Rosengarten’s house on Bredeweg. In that barn, the soldier was imprisoned or in hiding for some time. We do not know how long. However, Baumgartner did pinch him at some point, because he was afraid the Germans would find him. For this reason, he pretended that he had been picked up by the resistance.

Resistance fighter Van Woudenberg was not at home for a few days and when he came back home to his parents in the Kerweg, he said to his father: It’s over. 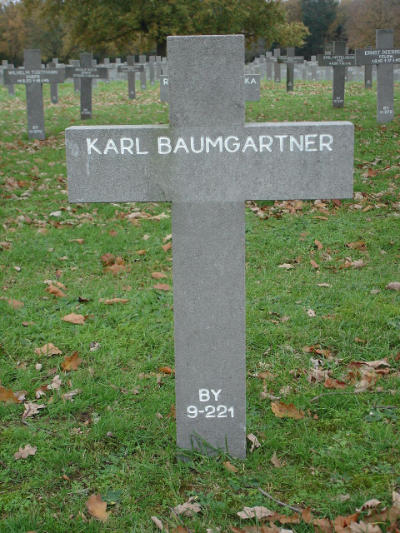 The book ‘3 Dorpen over Bunnik, Odijk en Werkhoven in de periode 1940-1945’ (1980) mentions that at the end of the war, a German soldier was shot in Cothen. The soldiers who transported Baumgartner’s body on a farm wagon to Utrecht, were roaring about it. They bore him in the yard of B. – probably the farm Het Wed on the Leemkolkweg in Werkhoven – and picked tulips from the farmer’s garden to put on the bier and then brought Baumgartner to the section for deceased German soldiers of the Tolsteeg General Cemetery in Utrecht.

Baumgartner’s death is mentioned in the book ‘Recht op wraak. Liquidaties in Nederland 1940-1945’ (Right to Revenge. Liquidations in the Netherlands 1940-1945) by Jack Kooistra and Albert Oosthoek (PENN Publishers, Leeuwarden 2009). On his Grabmeldung of the Tolsteeg General Cemetery is written: ‘Baumgartner ist auf 6 april 1945 durch Terroristen erschossen’. The German Grabmeldungen are now accommodated at the cemetery Soestbergen.

In short: It seems – and also several old Cothenians believe it – that revenge was the motive to kill the soldier. This also explains that members of the Cothen resistance never spoke about Baumgartner’s death.

5. Did Baumgartner’s death have any consequences?

According to Vollmüller (1995), the execution of the arrested Cothen resistance fighters Ben van Leur and Arnold van de Kamp on 16 April 1945 at fort De Bildt would have been a reprisal for Baumgartner’s death. 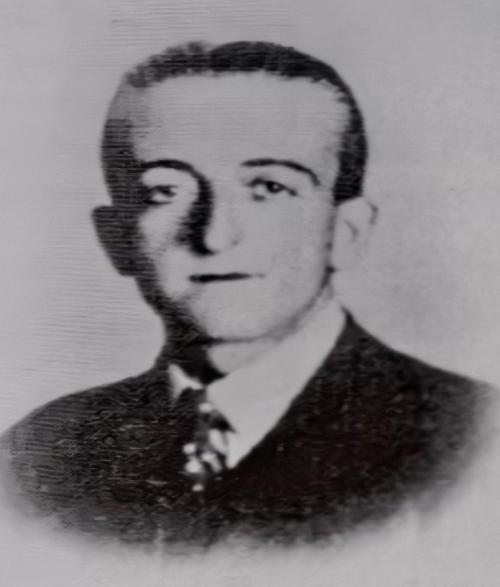 That was the story that circulated in Cothen in April 1945. The other three arrested Cothen resistance fighters were released by the Germans in the evening of the day of execution of Leur and Van de Kamp (Vernooy 1995).

Also, after Baumgartner had been found, the Germans hung up a pamphlet in Cothen stating that if such an act was repeated, any three farms in Cothen would be expropriated and set on fire.

6. In conclusion
Consulting various war archives did not help to obtain more information about the death of Karl Baumgartner. Especially during the last weeks of the war, little or nothing was written down by the Germans but also by members of the resistance. For that reason, notes and observations of civilians from that time, like those of Vollmüller, are extremely important for research. Such notes belong in the regional archives.

Thanks to: (for the information provided by them)

Dr. Kees Vernooy was a lecturer in Effective Language and Reading Education and is interested in the social history of the Kromme Rijn area.