Search for truth in monologue on stage 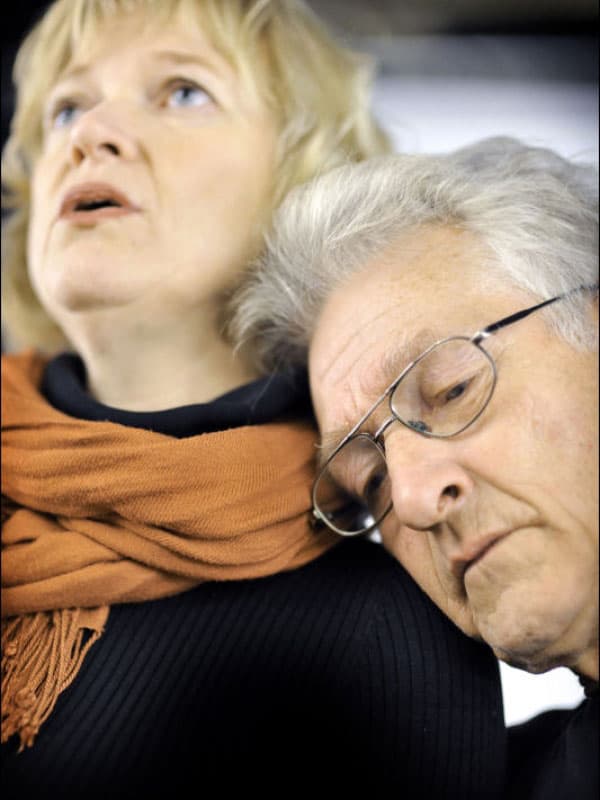 Why were not you looking for my shoulder? This is the name of the monologue that the theater house’De Nobelaer’ will perform in Etten-Leur on Sunday 3 May. Very apt shortly before the death commemoration and Liberation Day.

At the center of the theatrical monologue are experiences, research, questions and emotions of Bredaner Martin Reuser. In addition, the committed amateur actor performs the monologue itself: Reuser plays his own life. Because he is a ‘child of wrong parents’, son of the NSB married couple from Tiel.

In the middle of December, Martin Reuser (68) presented his monologue for the first time with the Zuid Theater. At the Podium Bloos in Breda. Earlier this month he played a shattering performance in Tiel, where his traumatic youth took place – in the presence of one of his elderly sisters.

Now he gives himself the nakedness on stage for the fourth time, in the theater, where he also practiced his play with singer Yvonne Frijters and director Jan Smeets.

With a father who was active at the NSB and a mother from a NSB family, which also sympathized with Dutch fascists, Reuser processed in the monologue his own traumatic experiences. He has seen that children of ‘wrong parents’, more than sixty years after the war, are still a forgotten group.

“I have to explain it very often. Even if a little more openness has arisen. In the Netherlands, it is estimated that there are around 50,000 children from ‘reversed parents’ from World War II. Half a million people running around their lives with a big secret. I want to draw outsiders into this world, into my world. In my head and that of my parents. In my search for why. The anger that is in me, my mother, who did not want to talk, the lifelong silence. “

As he first performed his monologue in December of last year, he only knew that his father Theo had fallen somewhere in Limburg in 1944, fighting between German troops and approaching Allies. He had heard a story from three NSB people who first got drunk before they died.

It was not until two years ago that he found his father’s grave. From the German military cemetery in Ysselsteyn in Limburg. But he still knew little; Also in the archives of the Red Cross and war documents where he searched, little or no data was to be found about his NSB father.

However, the publication of his story in this newspaper put him on the trail of his father.

Martin Reuser: “An amateur historian from Deurne contacted me, who was investigating about five hundred soldiers killed in 1944 fighting there, Allies and NBS people. He has been able to reconstruct the course of 153 soldiers. My dad was there. “

“That day was actually an incident in the area with three drunken NSB people, but he was not there. My father was sitting in a German ammunition car that was being pursued by an English tank. At an intersection, they knew they would not make it. My father warned a group of churchgoers that they should find shelter in the basement of a house. After that, the ammunition car was hit and exploded. My father was immediately buried at this intersection and later buried at the War Cemetery in Limburg.”

Reuser has even found the obituary, in the NSB sheet ‘Folk and Fatherland.’ “It has determined fifty years of my life, only now I know the true course of his death. So there’s an end to my search.”