Search for ‘faulty’ uncle from Friesland ends 78 years later in Ysselsteyn: ‘Krist Hoek’ turned out to be Hoeke Krist 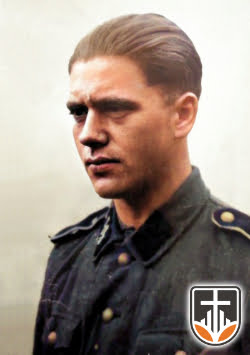 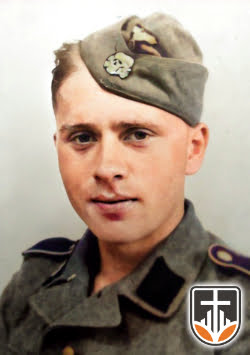 in the rank of SS-Schütze. (coloured) 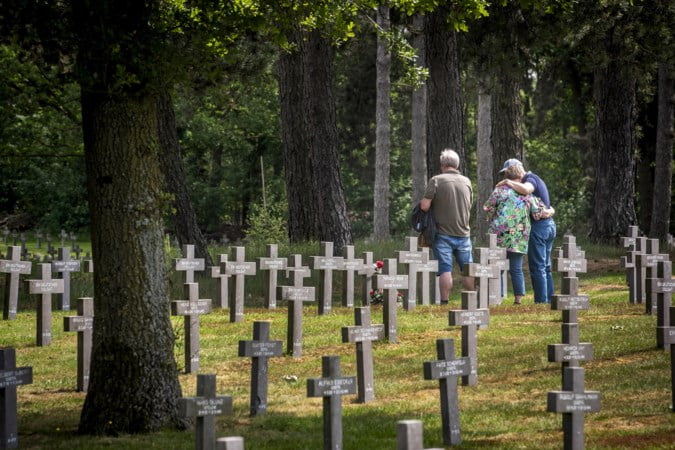 Brother and sister comfort each other after 78 years. Image: Stefan Koopmans

The young Friesian Hoeke Krist volunteered for the German SS during the war. In October 1944 he was executed without trial. Unaware of this fate, his family had been looking for him ever since.

At the German cemetery in Ysselsteyn, 65-year-old Hoeke Krist stands at the grave of his uncle with exactly the same name. The former policeman from the vicinity of Dokkum remembers well that in his youth he visited German cemeteries at home and abroad with his father and mother. In the German Eifel and in Bastogne in Belgium. He also visited Ysselsteyn several times with his parents. Hoping to find his uncle’s grave there or to get a clue what had happened to him and whether he was still alive. The search was unsuccessful.

Grave Cross
Until he received a message from Fred van den Munckhof and Richard Schoutissen of the Deurne War Victims Foundation. They had found a grave cross at the cemetery in Ysselsteyn with the name Krist Hoek on it. They started an investigation into the man behind it. Through various archives, they stumbled on an old police report from Lunteren, in Gelderland. However, the name Hoeke Krist was on that report and not Krist Hoek, as it was on the cross. Hoeke Krist was the son of a poor peat farmer in Nij Beets in Friesland. In the Second World War he volunteered for the feared German SS troops. “There he was assigned to the NSKK, the National Socialist Kraftfahrer Korps,” says Van den Munckhof, “so he was probably a driver. On Dolle Dinsdag (Mad Tuesday), when everyone thought the Netherlands would soon be liberated, Krist took off his uniform and reported to a farmer in Lunteren to go into hiding. He was allowed to stay there, but when the liberation was still pending, he started asking suspicious questions. Where there were Jewish people in hiding, for example. The farmer then called in the Internal Defence Forces. Shortly before his death, Krist asked if he could write a letter to his parents,” Van den Munckhof knows from the police report. “That was allowed, but the letter was never sent and was torn up. Years after the war, the remains were exhumed and brought to Ysselsteyn. And now, almost 78 years later, Hoeke Krist, his sister Sietske and her husband are standing at their uncle’s grave. “We know he was ‘wrong’ during the war”, says Krist.

Grateful
“We were ashamed of that. But all those years we kept thinking about what had happened to uncle Hoeke. With grandpa, my father and also with us. It touched us. Grandad, who lived in our house, committed suicide; he couldn’t cope with it. Father died in 2002. We are very happy that our uncle has been found. We are very grateful for that. This is the reunion we have been looking forward to for years. A lot goes through your mind. And why it had to take so long. We would have liked to tell Grandpa and Dad that we have finally found him. “I just did that when we were standing on the cross”, Sietske whispers. 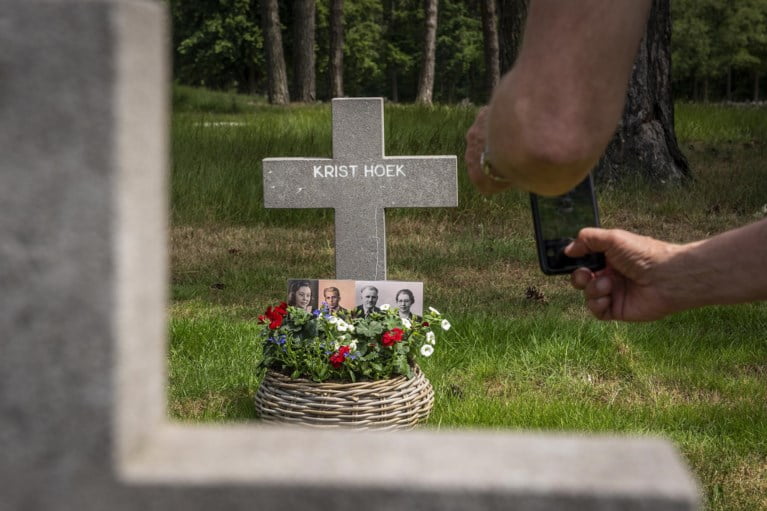 The family placed flowers and photos of the parents, brother and sister of Hoeke Krist.
On the cross the wrong name. Picture: Stefan Koopmans