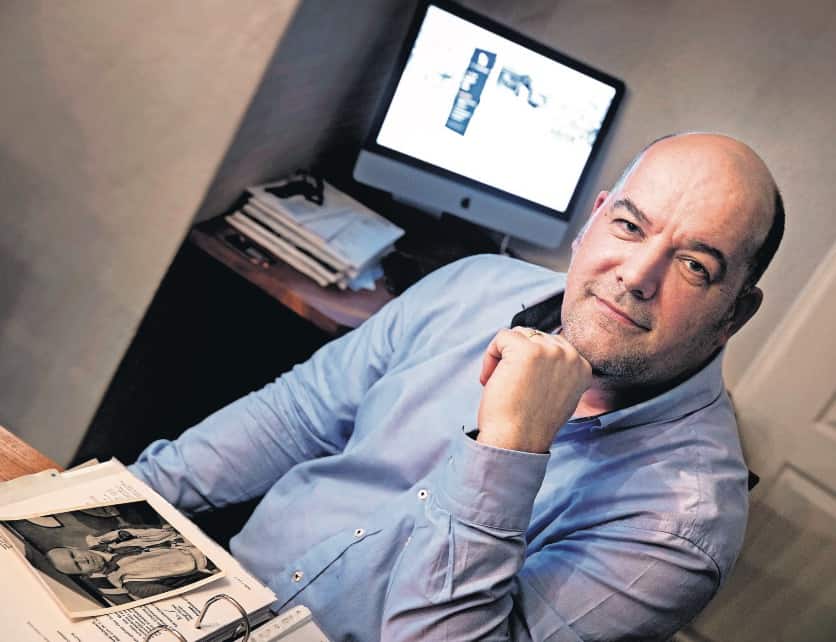 Investigation into Germans who died in the war. That often comes to criticism.

One thing in advance: Richard Schoutissen (47) from Deurne has no sympathy for Nazi Germany. His research into German war dead is not a disguised sympathy to Hitler and the Third Reich. In fact it is coincidental that Schoutissen focuses on fallen Germans. “It could have been English too.”

That it became Germans was because he was confronted with a meeting at the war cemetery in Ysselsteyn, where 32,000 war dead lie, mostly of German origin. At the grave of one Stefan Gruber, Schoutissen met a woman years ago who wanted to know more about this fallen soldier. How he got to his end and where. Schoutissen began searching for the history of Gruber, became fascinated and is now a source of information for German private individuals and government agencies who want to know more about German war dead. Of private individuals, who often find him via his website, he gets letters of the kind: ‘I am looking for information about my grandfather. He was ordained on an engine, probably near Nijmegen. “

Because Schoutissen got to know the way in German, Austrian and Dutch archives, he regularly managed to find the requested information. ,, I think I have been able to help German relatives about two hundred times. They often come to Deurne. Then I go to them for example to a grave and they are grateful to me. “Sometimes it is the other way around and everything is known about a buried German, but someone is looking for relatives. For example, a group of Dutchmen investigating the air war between 1940 and 1945 were looking for the Walther Donath who had crashed at Meerkerk. Schoutissen traced his daughter, who therefore could receive some personal belongings from her father.

The gratitude of the next of kin is an important motive for Schoutissen. That gratitude also helps to counter the criticism of his work. The criticism often comes down to the same: why would you help Germans, Germans are the enemy. Schoutissen, born after the war, thinks differently. “German soldiers also had family, were just people. The sadness of their relatives is no different than the grief of others. Grief for a dead person is something universal, no matter how good or bad that dead person was. “

De Deurnenaar notices that he has received more requests from German relatives lately, and that the criticism of his work is increasing. ,, I have to answer more and more often and get a bit tired of it. Often the comments I get directly about Hitler, extermination camps, slaughter parties, Nazi, Jews, deportation, you name it. But there were also enough ordinary boys who had to go to war. I also would not know what choice I would have made at that time, because the spirits in Germany were prepared for war in all sorts of ways. “

Schoutissen regularly writes municipalities with subsidy requests, but rarely receives a positive response to this. He thinks he knows how that is. “Municipalities do not want to burn their fingers. If I did research on Americans, it would be a lot easier. “

Richard Schoutissen and chairman Martine Letterie of the Foundation Friends circle Neuengamme – who keeps the memory of the dead in the German concentration camp alive – had a spicy mail exchange last year. Letterie: “Even if German soldiers belonged to the category of young ‘innocent’ soldiers who, under social pressure, went into the army against their will, and in them only carried out orders, it does not make them victims. Because being a victim means no longer carrying responsibility, that you can not do anything about it yourself. If nobody could do anything about it, the way is free to make it happen again. ”
Reaction Schoutissen: ,, From the considerations you share with me, I notice that we look at war victims in a completely different way. Your considerations make me believe that for you the war still continues. This can be useful for processing or simplicity of thinking, but for me it is inconceivable, even if only from a human standpoint, that in 2016 I would still think in enmity. There is, as far as I am concerned, a world of difference between never forgetting and never forgiving.”