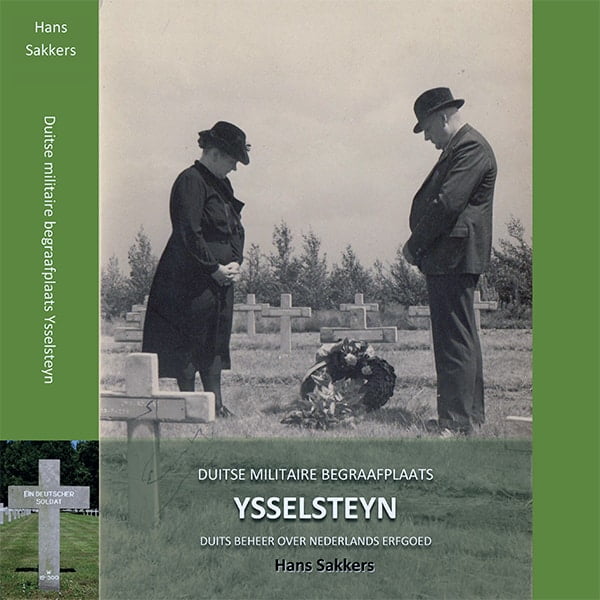 The book presentation of Friday 7 September 2018, at the JOC (educational youth meeting center in Ysselsteyn) was opened by Sjoerd Ewals (educational assistant at the JOC), after which the first two books were handed over to Captain Geert Jonker of the Graves Registration Service of the Royal Netherlands Army and to Wim Broers, former employee of the German Military cemetery. After a charming speech by captain Geert Jonker, a few books were handed out to persons who made a merit in the realization of the book, including Paul van Megeren (municipal archivist), Sjoerd Ewals (educational assistant at the JOC), Lei Potten (History Ysselsteyn), Fred van den Munckhof (volunteer at Find a Grave) and Richard Schoutissen (Stichting Oorlogsslachtoffers).

After the presentation, Hans Sakkers gave an informative lecture about the German military cemetery in Ysselsteyn.

On the basis of the Geneva Convention, the Dutch army began in 1946 with the construction of the central German military cemetery. This in a remote location in an unexplored part of the Peel near Ysselsteyn. With over 31,000 graves, it became the nation’s largest military necropolis. The execution took shape according to the guidelines from the handbook of the American Grave Service. Ten years after the war, almost all of Western Europe had handed over the German death classes to Germany. A transfer that the Netherlands was only ready for in 1976. This gave a situation that no longer fit in Western European diplomatic relations. The cause of this difficult process was attributed to the sensitivity of the war history in Dutch society.

The municipality of Venray, which includes Ysselsteyn, has been hit hard in the Second World War. Through the German military cemetery the population saw that Germany too was a victim of the Second World War. In the early fifties it was clear here that suffering is reconciled. Something that has its influence to this day.

The book can also be purchased at Roojboek at the Schoolstraat in Venray.