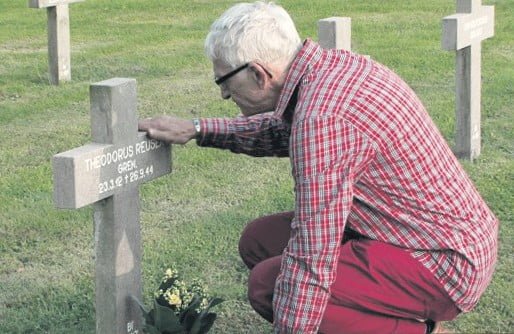 To never forget. That’s the name of the documentary filmmaker Joost Schrickx from Amsterdam in North Brabant, full of personal stories about the Second World War, told by people who were involved. Schrickx visited Steensel, Deurne-Zeilberg, Nuenen, Bakel and Gerwen in Southeast Brabant. He also filmed personal testimonies in the rest of the province. They all played out in the period between September 1944 and May 1945, when the south was liberated but the rest of the Netherlands was not yet. In the places where the stories he recorded took place, marking points, including a QR code. This makes it possible to play the videos on a mobile phone that Schrickx made about that spot. The Brabant Knowledge Center for Art and Culture has developed the ‘Brabant Vertelt’ app, with a route through the province that connects the various landmarks. There is also a teaching package for primary schools connected to the project. On these pages some Brabanders are mentioned who also appear in the documentary. See: www.bevrijdenbezet.nl.

Martin struggles with the death of his father

It was in Zeilberg, near Deurne, that Theodorus Reuser was killed on 26 September 1944. His son Martin had a hard time with it and not a little bit, because father Theo was not a regular Dutch war victim. Theo Reuser was a Dutch SS man, in German service. Three times Martin Reuser (76) visited the place in Zeilberg where his father died. Together with five others, probably all Germans, Theo Reuser sat that sunny Sunday morning in September 1944 on a German ammunition car. The church was just out. Theo Reuser felt that it was going wrong and called to the church people: “Go inside!” A British tank blew the German ammunition car a moment later. Theo Reuser was no more. 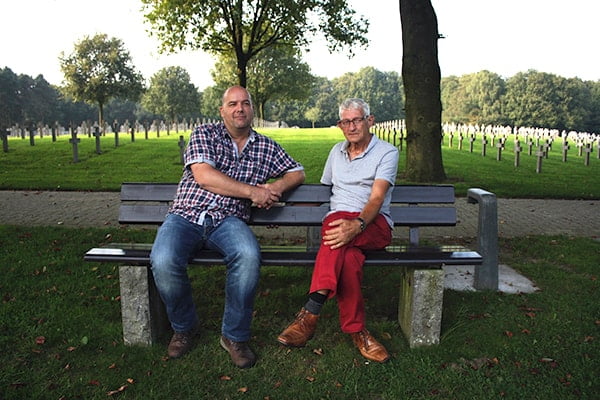 It was the amateur historian Richard Schoutissen from Deurne who pointed out to Martin Reuser the precise events in Zeilberg and thus brought some rest to the life of the Bredanaar. For fifty years, Martin Reuser had been searching for information about his father. Archives in, German newspapers approached, the German radio for help requested: it yielded nothing. In the Breda newspaper BN DeStem, Reuser told about his search, his struggle with his father’s wrong past and about the monologue he has performed on stage several times.

Schoutissen, who investigates the war in Deurne and surroundings and knew the history of Theo Reuser, was confronted with the newspaper story. He immediately called Martin Reuser, on a Saturday evening, at half past eleven. Reuser was still awake and now says: “That phone call was a gift from heaven.”

Martin Reuser is not proud of his parents. His father opted for German service with the hated Waffen SS, and his mother Trien was with the NSB the National Socialist Movement that was associated with the German occupiers. Trien gave Jews to the Germans, was shaved from revenge after the war and had to leave her hometown Tiel. Martin is not proud, no, but also not strongly condemning. “I find the choice of my father wrong, but would like to know: wáárom? My mother said: “It deserved well with the Germans.” And it was crisis, Hitler promised so much, you do not know what choice you make in such circumstances. I am not angry with my father, you are as loyal as a child “, says Reuser. Loyal despite everything. Despite the children’s homes that came to him as the son of ‘wrong’ parents. Despite the whisper behind his back. Despite the help of a psychiatrist he needed to get out of hand.

That Theo Reuser and the German soldiers who were killed with him in Zeilberg, were first “fluttered” in a ditch, Martin Reuser finds utterly awful. Later they were reburied at the German military cemetery in Ysselsteyn. Martin Reuser visited the grave.
,, I have not wanted to believe for years that my father was dead. I thought he had stayed in Germany for shame. And my mother said, “He will have married some Russian delta.” But now that I know what happened in Zeilberg, I have more rest. “