VENRAY | The War Victims Foundation (SO) distances itself from the statements made by the AFVN (Association of Anti-Fascists) in Peel and Maas last week. That says a SO spokesperson.

Arthur Graaff of AFVN announced in this newspaper last week that he would make a statement against municipal administrators attending a ceremony at the German military cemetery. In that case the declaration would be: Holocaust denial. German soldiers participating in the Nijmegen Four Days Marches laid a wreath at the cemetery on Monday, one day before the start of the walking event. The AFVN considers that the glorification of fascism. The anti-fascist association is also of the opinion that from now on the cemetery must be left alone and returned to nature. The Bundeswehr (and not the Wehrmacht as was erroneously stated in this newspaper), which was possibly present on Monday, is also being sued by the AFVN. The SO, which focuses its activities primarily on German war victims and their relatives, is clear: “We do not know these people and their objective is ridiculous. Our position is that Ysselsteyn must be preserved in its current historical form.” 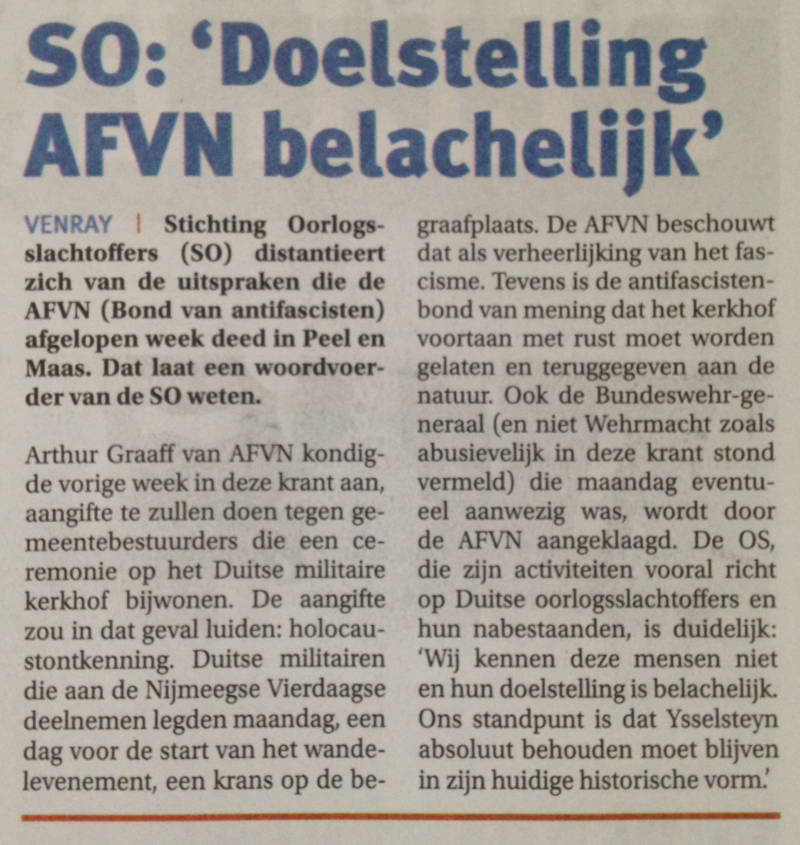