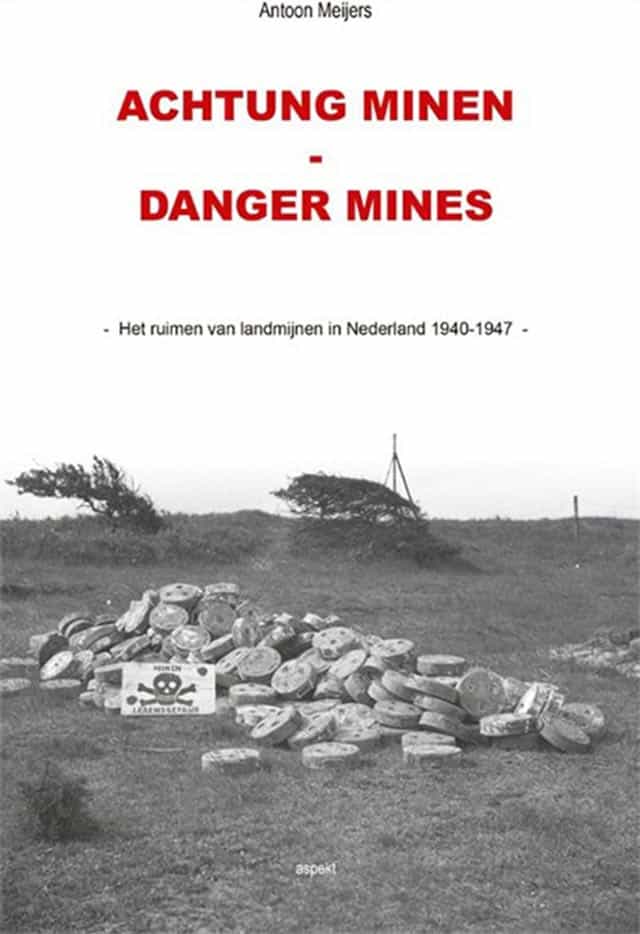 On Thursday, October 31, 2013, the book “Cautionary Mines – Danger Mines”, on the Elimination of Landmines in the Netherlands 1940-1947, was written by writer kapitein a.d. Antoon Meijers awarded to the commander ordnance disposal of the army colonel Marco Kathmann and regimental commander regiment Pioneer troops colonel Gerrit van Cooten; this under the watchful eye of the family and guests as the entire staff of the army’s ordnance disposal.

By identification specialist, sergeant-majoor instructor Patric van Aalderen, of the burial service of the Dutch army BIDKL (Bergings en Identificatiedienst Koninklijke Landmacht) came kapitein a.d. Antoon Meijers of the Stiftung Historische Sammlung EOD with Richard Schoutissen in contact. Primarily to obtain information about political offenders, Dutch at the Waffen SS and German prisoners of war who were used for tidying up all kinds of ammunition and mines.

In addition to the huge amount of ammunition that was found in the country, there are about 6,300 minefields and suspect areas recorded on landmines. This book on the clearance of land mines in the Netherlands describes the difficult and dangerous work. In addition to photographs, many of which have not previously been published, the book contains a list of more than 360 people who were killed by the mine and munitions clearance. 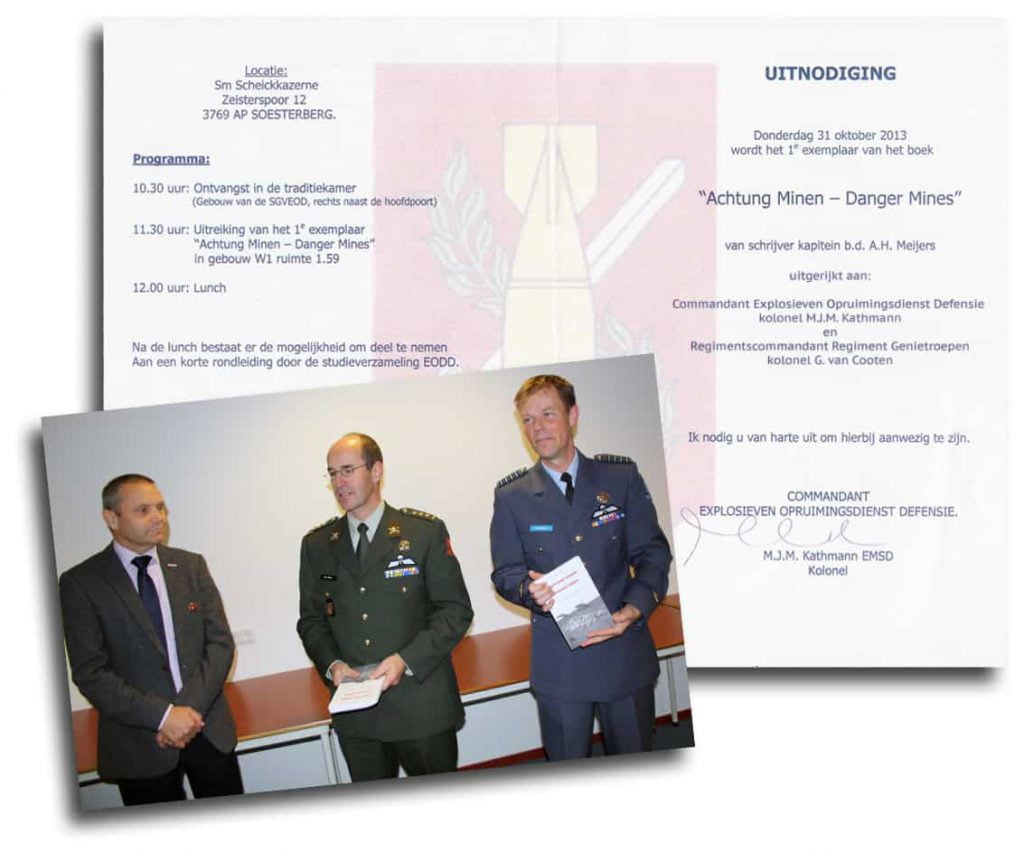